Expiration dates lead to lots of food waste, though these dates vary widely by state

Originally published by Sarah Gonzalez on NPR on July 28, 2022.

In Idaho, milk can be sold for 21 days after it’s pasteurized. In Montana, it’s just 12 days. The science is the same. But food dates are all over the place, and it leads to a lot of food waste.

Listen to this episode of All Things Considered HERE.

Shoppers put a lot of trust in the dates stamped on food packaging. And Sarah Gonzalez with our Planet Money podcast reports, it leads to a lot of wasted food.

SARAH GONZALEZ, BYLINE: When you shop for milk, what do you do?

LINDSAY ADDINGTON: I look for the freshest date.

GONZALEZ: So you dig in the back.

ADDINGTON: Oh, yes, absolutely – do that with everything. Just did that with eggs.

GONZALEZ: That’s what I do.

Food dates guide our buying decisions, and they tell shoppers, like me and Lindsay Addington, when to throw things out.

EMILY BROAD LEIB: Eighty-six percent of consumers report that they either always or usually throw food away based on the date.

GONZALEZ: Emily Broad Leib is a food expiration date and food law expert. She started the Food Law and Policy Clinic at Harvard Law School. And she says that of all the food waste that happens in the U.S. – at the farm level, the manufacturing level, at grocery stores – about 40% of it happens at the home.

BROAD LEIB: So it’s – you know, you’re going to the grocery store once a week. Every single time, you come out, and you buy three bags of groceries. and you just walk to the trash can and put one of them in the trash.

GONZALEZ: The U.S. Department of Agriculture, the Food and Drug Administration, the Harvard Food Law Clinic – they all say that consumer uncertainty about the meaning of food dates is part of the food waste problem. And it’s not just about wasting food or wasting the water and resources that went into making it. Food is the main thing we send to U.S. landfills.

BROAD LEIB: So when food goes to the landfill, it is a big emitter of methane. You know, methane is a really potent greenhouse gas.

GONZALEZ: Do manufacturers like that we have all these dates so that we then buy more sooner?

BROAD LEIB: Well, they definitely want to buy more. But I think manufacturers would say that there’s a benign explanation for why they like using dates, and it’s that they are really wanting to protect their brand. They want to make sure that people eat food when it tastes its best.

GONZALEZ: But food didn’t always have a date on it, right? Before World War II, before everyone got a refrigerator, people got most of their food from farms. And they’d just look at it, smell it, taste it and know if it went bad. But when we start getting more and more processed food and we start getting most of our food from grocery stores instead of farms, that’s when we start wanting to know, like, how long is this orange juice good for? By the 1970s, 95% of consumers think dates on food are the most useful thing. And then state lawmakers started to introduce food date laws based on some experience they had.

BROAD LEIB: Often it was like, I went to the store. I bought some hot dog buns. And I brought them home, and they were stale. And so I introduced a bill, and everyone said, of course we should have date labels on products. And then it got passed.

GONZALEZ: Today food date laws are all over the place.

GONZALEZ: Texas says we definitely need dates on shellfish. Utah says, no, we don’t. In Montana, milk has to be sold within 12 days of pasteurization. In Idaho, it’s 23 days.

BROAD LEIB: And the fact that state laws vary so widely, I think, is evidence of the fact that this isn’t really based in safety.

GONZALEZ: The federal government doesn’t actually require dates on any food except baby formula because the FDA says dates aren’t really serving a safety role. Broad Leib says you do want to pay attention to dates on food in the prepared food section, though – also deli meat, raw fish, unpasteurized milk and cheese. For everything else, though…

BROAD LEIB: Take a pause. Look at the food. Smell it. Taste it.

GONZALEZ: You would know if something went bad, she says. And there’s actually a lot of consensus about what to do about confusing food dates. Food makers, grocery stores, federal agencies – they say we should get rid of all the enjoy-by, packaged on dates and have only two options – best if used by or use by. Best if used by would tell consumers this mustard would be best by this date, but you could still eat it after. Use by would tell consumers, after this date, probably don’t eat the mustard. Sarah Gonzalez, NPR News.

← Best by, sell by, use by New Resources Highlight HPV Policy Vaccine Landscape → 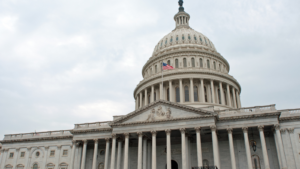