This post was written by Oscar Henue, FLPC clinical student.

The Harvard Law School Food Law and Policy Clinic (FLPC), in partnership with The Global FoodBanking Network (GFN), the U.N. Environment Programme, and Food Systems for the Future, virtually convened policymakers on February 24, 2022 to discuss the role of donation requirements and organic waste bans in fighting the dual issues of food waste and hunger. The meeting was part of a series of webinars organized under the Global Food Donation Policy Atlas project, a partnership between FLPC and GFN, with support from the Walmart Foundation. Featuring select government officials and food donation experts from around the world, the webinar explored concerns, best practices, and policy considerations to encourage the adoption of policies designed to combat food waste and promote food donation and recycling.

Food loss and waste has emerged as one of the greatest food system challenges that we face today, with an estimated one-third of food produced globally lost or wasted along the supply chain. At the same time, more than 800 million individuals suffer from hunger worldwide. To help address this inefficiency, some countries have employed food donation requirements or imposed monetary penalties for food sent to landfills (often known as organic waste bans or organic waste taxes). These laws aim to influence business and consumer behavior and promote more sustainable food systems. The webinar discussion focused on these types of innovative policy approaches to food waste mitigation and donation and offered valuable perspective on policy efficacy, implementation, and measurement.

Guillaume Garot, member of the French National Assembly, opened the conversation with a discussion of Law no. 2016-138, France’s landmark legislation obligating supermarkets above a certain size to donate edible surplus food. The law, the first of its kind in Europe, was rooted in Garot’s experience witnessing excess wastage of edible food while serving as Chairman of France’s National Council on Food. Garot shared about the  process of developing the law, including the importance of working with charities and stakeholders to ensure that the policy would be as effective as possible. According to the French government, donations to food banks have increased more than 20% as a result of this food waste legislation.

Moving from donation requirements to organic waste bans and penalties, Dr. Gil-Jong Oh, President of the Korea Waste Association, discussed South Korea’s landfill ban for food waste, as well as the country’s food recycling efforts. Currently, South Korea prohibits the landfilling of food waste produced within cities. The country’s urban organic waste ban aims to reduce pollution and infestation, limit the burden placed on landfills, and promote food recycling. They employ radio-frequency identification (RFID) technology in the processing of waste to help identify organic waste. Recycled organic waste is repurposed to create livestock feed, biogas, or compost. South Korea successfully diverts over 90 percent of organic matter from landfills due to this policy initiative; yet, Dr. Oh agrees that there is still room for improvement when it comes to the charitable donation of edible surplus food.

Discussion of South Korea’s inspiring food recycling efforts flowed into a conversation with Danielle Osbourne and Kyle Pogue of CalRecycle on California’s SB 1383, which addresses short-lived pollutants such as methane that contribute to global warming. One aim of the Bill is to reduce the amount of food disposed of in landfills, including a requirement that 20 percent of edible food destined for landfill instead be recovered for human consumption by 2025. Because only businesses have edible food to donate (since surplus food from households cannot be donated), the law has been implemented by requiring all edible food to be donated by most food businesses in the state.

Beyond donation requirements and organic waste bans or penalties, the final panelists spoke to alternative approaches. Dr. Weifu Lu, President of the Anhui Health Products and Cosmetics Association, addressed the new 2020 law on food waste in China, which places fees on wasteful dining habits, requires food service to include signage and educational information about food waste, and prohibits videos and activities that publicly promote over-eating. While neither an organic waste ban nor a donation requirement, the Chinese Anti-Food Waste Law is an innovative example of mitigating food loss and waste through law and lays a foundation for future implementing regulations. For example, though the law does not mandate donation like France’s legislation, it does call for investment in food donation networks and infrastructure. Marcelo Mena-Carrasco, CEO of the Global Methane Hub and former Minister for the Environment of Chile, discussed his involvement in developing Chile’s tax-based penalties for discarding edible food into landfills. The law is one component of Chile’s net-zero GHG commitment, which includes a focus on reducing emissions from landfills. Consistent with efforts to reduce waste and promote greater supply chain sustainability, the Chilean government adopted Law 21.210, amending Article 31 of the Income Tax Law to state that voluntarily destroying food that is unmarketable but still suitable for human consumption and that could have been delivered free of charge does not constitute a deductible expense. While previously businesses could deduct the loss of food that they wasted, now they can no longer deduct those costs if the food could be have been donated instead. To learn more about how tax law and policy can help or hinder food donation efforts, see FLPC’s tax policy for food donation issue brief. FLPC will publish an issue brief specifically detailing organic waste bans and donation requirements in the coming months.

The session concluded with a fruitful and dynamic Q&A discussion with the panelists. FLPC and GFN welcome the continuation of a critical and open conversation. FLPC invites government officials and policymakers from international and multilateral organizations to reach out for further information at flpc@law.harvard.edu. 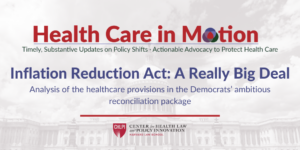 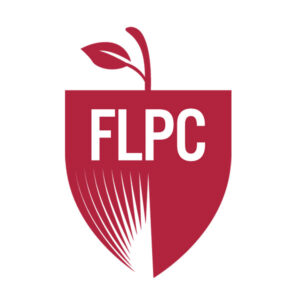